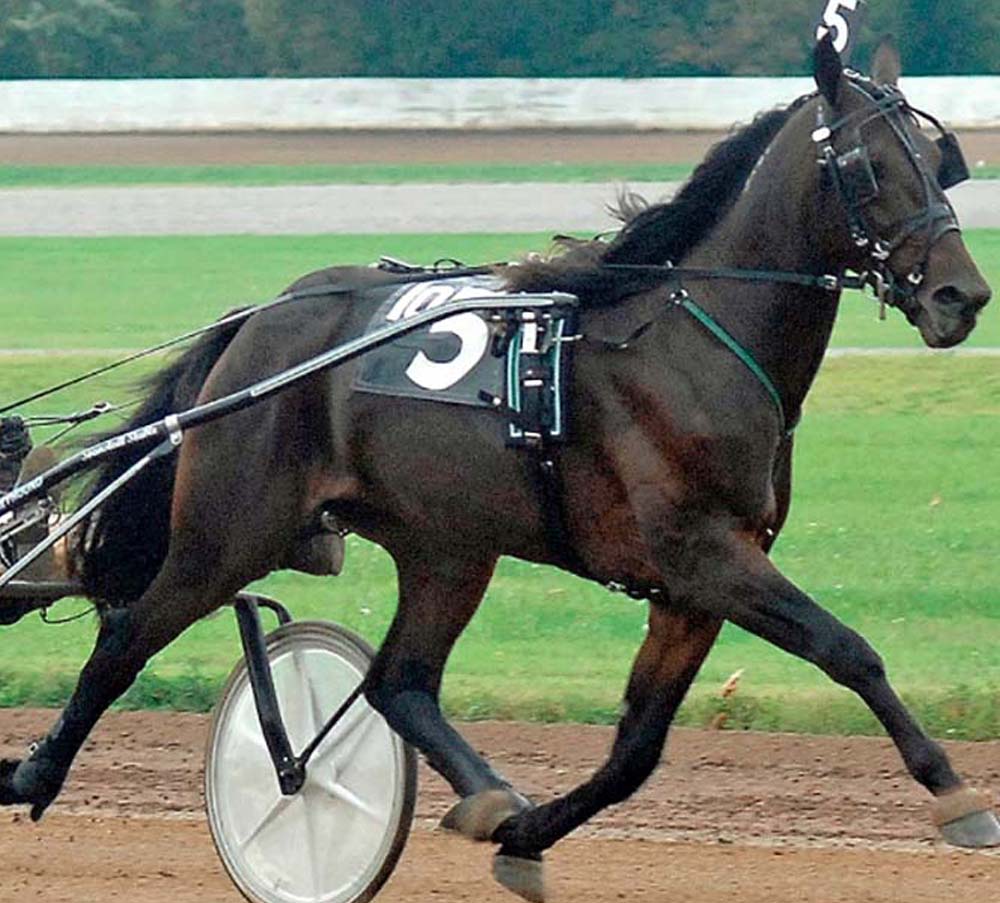 Match you mare with Stallion Selector

A quick glimpse of Centurion ATM’s rich bloodlines shows that he is well equipped genetically to click with a wide range of broodmares from our Southern Hemisphere genepool.

Undoubtedly his single biggest attraction is that he descends from the same maternal family which gave us the legendary Sundon.

Breeding a Sundon mare or even a mare holding the presence of Sundon elsewhere in her pedigree allows a rare linebreeding opportunity to Ami Song that returns this same blood from your mare to Centurion ATM’s direct maternal ( or bottom line ) bloodlines.
This is a long practised historically recognised and highly proven breeding formula targeting speed enhancement in your resultant foal.

Centurion ATM through his Ami Song direct maternal presence also becomes a prime consideration for any breeder possessing a mare by Sierra Kosmos ( or a mare holding his presence ) as his grandsire is none other than Songcan who just so happens to be a rare son of Ami Song. The value here is that a male sex-balancing line of Ami Song should work wonders in association with Centurion ATM’s quality female line of Ami Song via Sonata ( a half-sister to Songcan ).

Just as Centurion ATM’s bottom line has a strong linkage to Sundon so too does his top line where his grandsire is none other than SJ’s Photo.
It has been very well documented that the blood of Sundon has always displayed a distinct liking for the blood of SJ’s Photo.

Another linebreeding opportunity also occurs here to SJ’s Photo for any breeders possessing mares by sons of SJ’s Photo including the likes of Pegasus Spur and Bacardi Lindy who are two that readily spring to mind.

We also see Centurion ATM’s bloodlines as set to strike accord with any mare possessing Valley Victory bloodlines somewhere in her pedigree.
Our reason for this is relatively simplistic. And it relates to the power of the female, especially superior females.

These come via Beat The Clock ( grand-dam of Centurion ATM’s damsire Tagliabue ), a half-sister to Bonefish, and Formal Notice ( found in SJ’s Photo’s maternal bloodlines, a half-brother to Victorious Lou.

Those breeders with a mare by Wall Street Banker or one featuring his presence should also look seriously at Centurion ATM as a quality breeding option through the resultant sex-balanced Lou Sidney double-up that occurs.

Like his close relation Sundon, one of the great strengths of Centurion ATM’s bloodlines pertains to his female duplications.

We have already made reference to the Lou Sidney opportunity that he offers to mares possessing Valley Victory bloodlines through Lou Sidney’s son Formal Notice as well as his Exciting Speed duplication through her son and daughter pair, the full-brother and sister Bonefish and Beat The Clock.
But there are some others.

For example, Centurion ATM also carries a 5×5 Rasmussen Factor ( breeding back to superior females within the first 5 generations ) to another broodmare gem in Yankee Duchess through her son and daughter, the full-brother and sister Yankee Bambino and Yankee Bambi.

This is especially good news for breeders with mares by Windsong’s Legacy or his son Lucky Chucky who feature a third full sibling in Yankee Scottie, a sister to Yankee Bambi and Yankee Bambino.
Centurion ATM’s grand-dam Regression is by Town Escort who features in his maternal line Selka Song, a daughter of another established mare in Selka Scot.

Selka Scot is also found on both sides of Centurion ATM’s pedigree through Scotch Love ( dam of Speedy Scot ), a full-sister to Selka Song so it is not hard to fathom out that mares with Speedy Scot presences are going to offer excellent bloodline compatibility with Centurion ATM as are mares with strong Speedster presences also coming via Town Escort who is by Speedy Rodney, a full-brother to Speedster, both being by Rodney and out of Mimi Hanover.

Another set of brothers present in the bloodlines of Centurion ATM are Peter Song and Victory Song ( both by Volomite and out of Evensong ) but even there linebreeding opportunities do not end as he holds single sex lines to the likes of prominent females such as Lovester ( dam of Kawartha Mon Ami ), Missile Toe ( dam of Speedy Crown ), Dillcisco ( found in Star’s Pride ) and Carolyn ( found behind Florican ) amongst others.

One final key question arises. How is Centurion ATM likely to fare over trotting broodmares carrying a largely outcrossed European pedigree?
This question can be answered in reverse. European trotting breeders cannot get enough frozen semen from leading North American studs standing top trotting stallions, the likes of Muscle Hill etc. Why is this? Simple answer is because outcross breeding is producing the type of horse they now require.

The North American bloodlines are injecting speed and also advancing precociousness in the European trotter.
And it is speed and precociousness that are the very key attributes of Centurion ATM.

Breeders with a mare by Love You should take a close look at Centurion ATM not only for the reasons given above but also because Love You as a sire has already displayed a distinct affinity with the blood of Sundon and as we have previously identified Centurion ATM shares this same blood being a member of Sundon’s direct maternal family.

Centurion Atm’s oldest progeny are yearlings in Australia in 2021 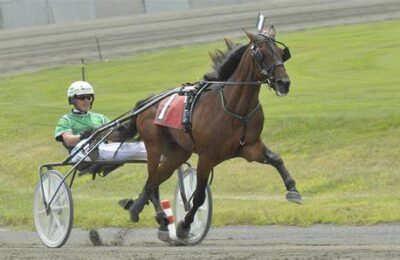 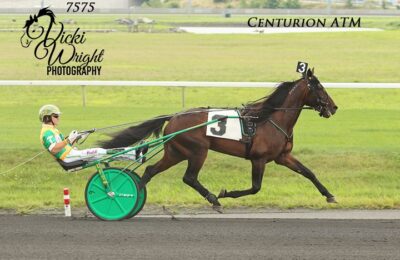 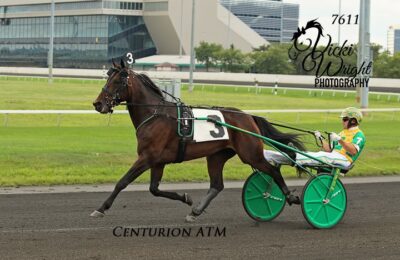